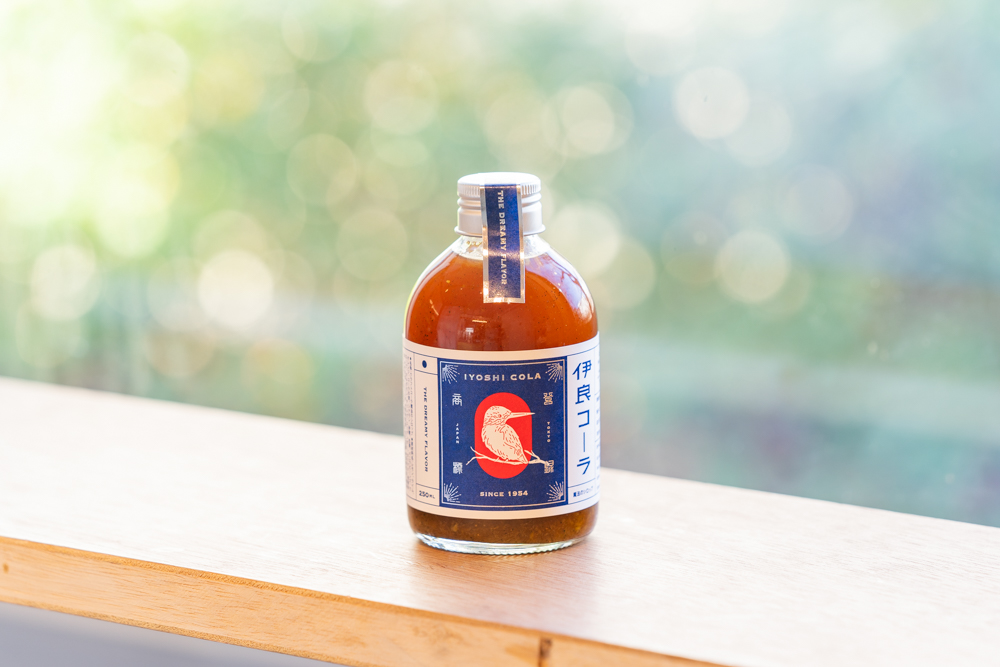 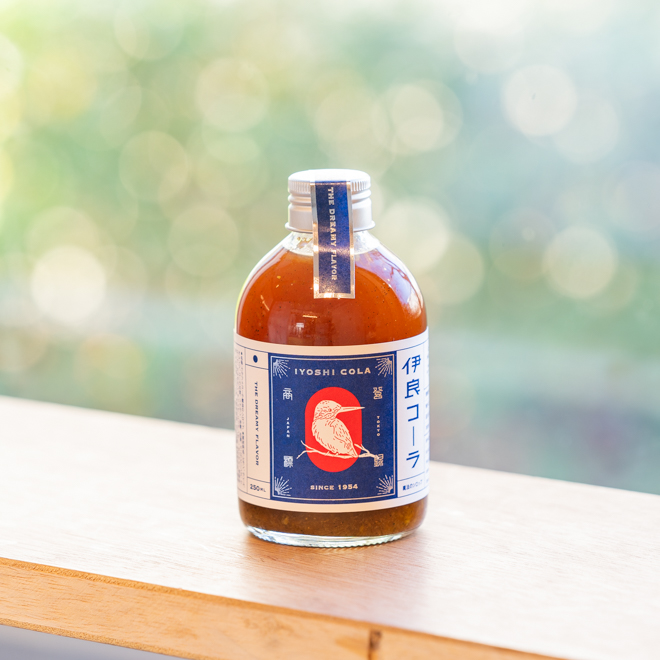 It is an undiluted syrup that becomes Craft Cola by mixing with carbonated water.
It is made by blending more than 10 spices and citrus fruits, including kola nuts, in secret proportions, and then fire-glazed in a method inspired by Kampo medicine.
Iyoshi Cola initially served its freshly made craft cola in a mobile vending van, the “Kingfisher”. However, we received requests for the syrup not only to drink on the spot, but also as a souvenir, and this is how it was born. It is also delicious when mixed with milk or alcohol.
Flavors include the standard THE DREAMY FLAVOR and the limited edition THE JAPAN EDITION.
Limited flavors may also be available depending on the season.
Three sizes are available: S, M, and L. They are also recommended as gifts.
HOW TO DRINK
SHOP NOW 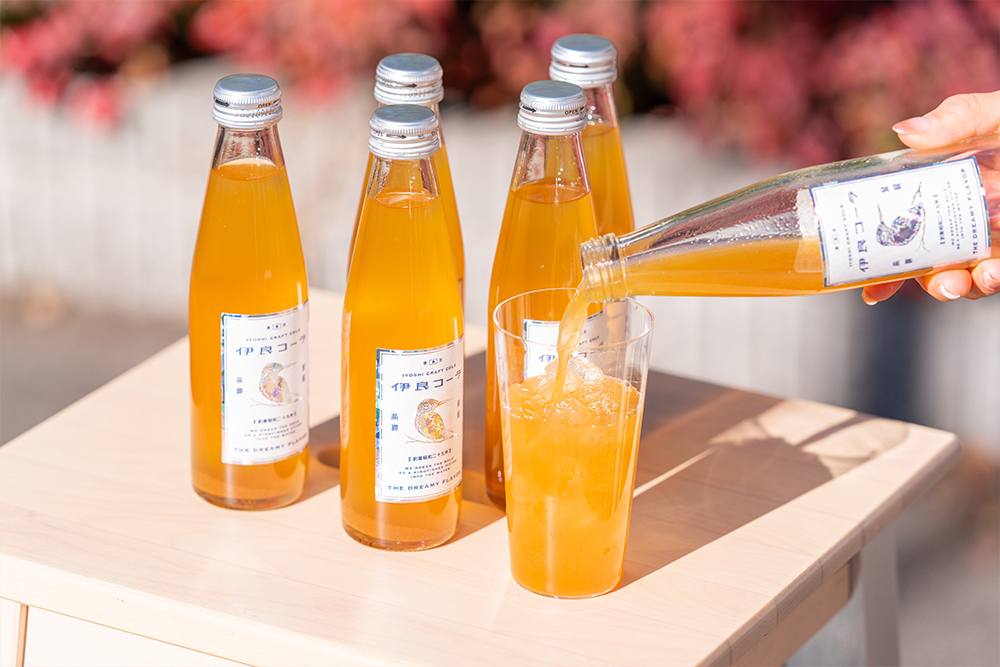 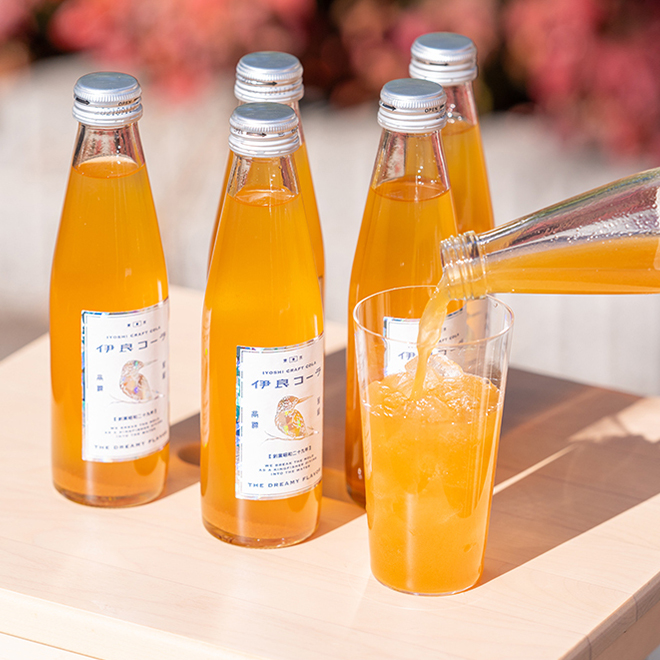 This craft cola is ready to drink as soon as the cap is opened.
The bottle is filled with “Craft Cola Magical Syrup” made in the Iyoshi Cola’s factory and carbonated water made from natural water, divided at the optimum ratio.
Originally, Iyoshi Cola sold only “Craft Cola Magical Syrup” as a product, but it was created in response to requests for a ready-to-drink type as a mid-year gift, and to provide Iyoshi Cola in places where kitchen facilities are not available, such as galleries and bookstores.
Please drink it chilled to a crisp. It is also very good as a splitting ingredient for drinks such as bourbon, rum, vodka, and even gin.
SHOP NOW
ONLINE STORE
JP EN