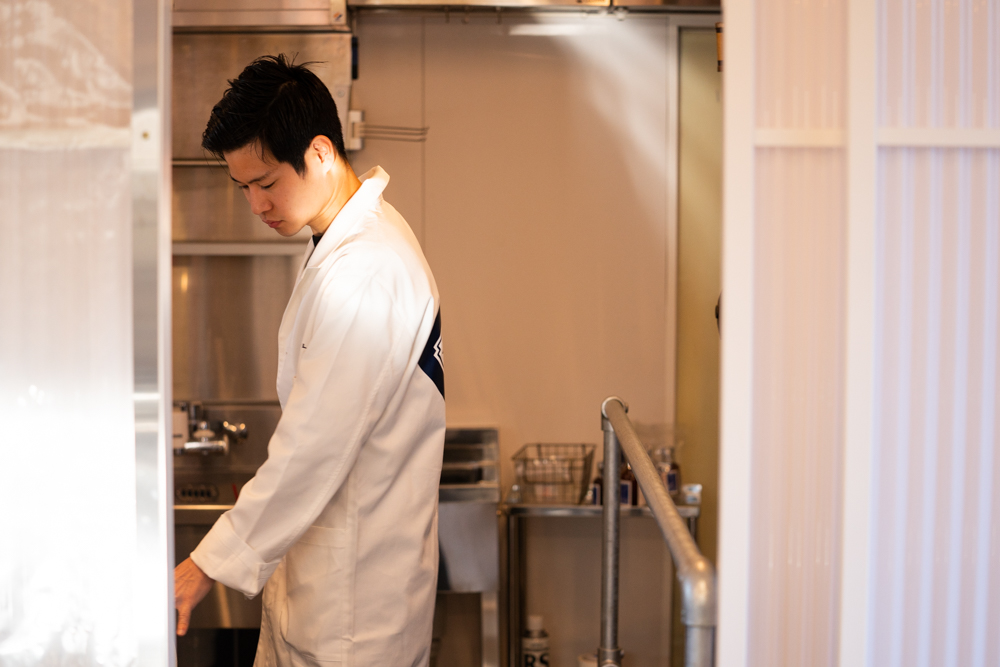 Kola Kobayashi, representative of Iyoshi Cola, was born in Tokyo in 1989.
He is the grandson of Ryotaro Ito, a craftsman who made traditional Japanese medicines. After graduating from the Hokkaido University School of Agriculture, and the Graduate School of Agricultural and Life Sciences, University of Tokyo, he began a journey exploring how to make cola, his most beloved drink, while employed at a major company. Finally, in July 2018, he launched Iyoshi Cola, the world’s first craft cola maker. The only cola craftsman in the world.